(CFPB – WASHINGTON, D.C.) — The Consumer Financial Protection Bureau (CFPB) today filed a complaint in federal district court against a Utah-based mortgage company, Castle & Cooke Mortgage LLC, and two of its officers for illegally giving bonuses to loan officers who steered consumers into mortgages with higher interest rates. The Bureau is seeking an end to this unlawful practice, restitution for those consumers who were upcharged, and civil money penalties.

“Today we are taking action against the type of practices that precipitated the financial crisis,” said CFPB Director Richard Cordray. “Consumers should be able to get a mortgage without worrying about how the financial incentives of their loan officers may cause them to pay higher rates than they actually qualify for.” 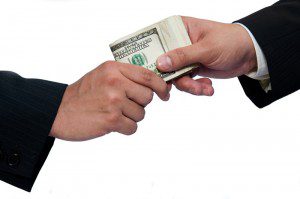 Castle & Cooke is a mortgage company that originated approximately $1.3 billion in loans in 2012. The company does business in approximately 22 states and maintains approximately 45 branches across the country.

The CFPB alleges that Castle & Cooke, through the actions taken by its president, Matthew A. Pineda, and senior vice-president of capital markets, Buck L. Hawkins, violated the Federal Reserve Board’s Loan Originator Compensation Rule that had a mandatory compliance date of April 6, 2011. That rule banned compensation based on loan terms such as the interest rate of the loan.

The CFPB alleges that the company violated the rule with its quarterly bonus program, which paid more than 150 Castle & Cooke loan officers greater bonus compensation when they persuaded consumers to take on more expensive loans. The average quarterly bonus ranged from $6,100 to $8,700. By contrast, those loan officers who did not charge consumers higher interest rates did not receive quarterly bonuses. The CFPB estimates that more than 1,100 illegal quarterly bonuses were paid and that tens of thousands of customers may have been upsold since April 2011. By tying bonuses to the interest rate of the loans in this manner, the CFPB alleges that Castle & Cooke was in direct violation of the law.

The CFPB also believes Castle & Cooke violated laws that require companies to retain their compliance records for a certain period of time. Creditors are required to retain evidence of compliance with the rule. The complaint alleges that Castle & Cooke did not record what portion of each loan officer’s quarterly bonus was attributable to a particular loan and did not reference its quarterly bonus program in each loan originator’s compensation agreement, in violation of federal consumer financial law.

The CFPB’s complaint seeks to:

This case was referred to the CFPB by investigators with the Utah Department of Commerce, Division of Real Estate. The complaint was filed in the United States District Court for the District of Utah, where the company is located and where the individual defendants reside.

A copy of the complaint filed today can be found at: http://files.consumerfinance.gov/f/201307_cfpb_complaint_Castle-and-Cooke-Complaint.pdf

###
To learn more about InlineEd Compliance and Education Management System for the mortgage industry, visit www.InlineEd.com. For more about OnlineEd, visit www.OnlineEd.com

The Consumer Financial Protection Bureau is a 21st century agency that helps consumer finance markets work by making rules more effective, by consistently and fairly enforcing those rules, and by empowering consumers to take more control over their economic lives. For more information, visit www.consumerfinance.gov.