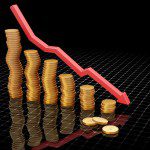 Among the other key findings of MBA’s Quarterly Mortgage Bankers Performance Report are:

There are five performance report publications per year: four quarterly reports and one annual report.  For media inquiries, contact Shawn Ryan at (202) 557-2727 or sryan@mba.org.  To purchase or subscribe to the publications, call (202) 557-2879.  The reports can also be purchased on MBA’s website by clicking here.