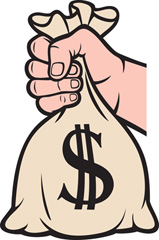 SunTrust to Provide $540 Million in Relief to Homeowners

“Deceptive and illegal mortgage servicing practices have pushed families into foreclosure and devastated communities across the nation,” said CFPB Director Richard Cordray. “Today’s action will help homeowners and consumers harmed by SunTrust’s unlawful foreclosure practices. The Consumer Bureau will continue to investigate mortgage servicers that mistreat consumers, and we will not hesitate to take action against any company that violates our new servicing rules.”

SunTrust is a mortgage lender and servicer headquartered in Richmond, Va., and is a wholly-owned subsidiary of Atlanta-based SunTrust Banks, Inc. As a mortgage servicer, it is responsible for collecting payments from the mortgage borrower on behalf of the owner of the loan. It handles customer service, collections, loan modifications, and foreclosures.

The CFPB, DOJ, HUD, and state attorneys general uncovered substantial evidence that SunTrust was engaged in systemic mortgage servicing misconduct. According to the complaint filed in the federal district court in the District of Columbia, SunTrust’s illegal practices put thousands of people at risk of losing their homes. Specifically, the complaint alleges that SunTrust:

Pursuant to the Dodd-Frank Wall Street Reform and Consumer Protection Act, the CFPB has the authority to take action against institutions engaging in unfair, deceptive, or abusive practices. Today’s proposed court order, filed in federal district court in the District of Columbia, would require SunTrust to correct their practices and provide relief to harmed consumers. Under the terms of the order, SunTrust must:

A copy of the SunTrust complaint that was also filed in the federal court in the District of Columbia will be posted at: http://www.consumerfinance.gov/

The complaint is not a finding or ruling that the defendants have actually violated the law. The proposed federal court order will have the full force of law only when signed by the presiding judge.

The settlement administrator will be in touch with eligible consumers who lost their homes to foreclosure between Jan. 1, 2008 and Dec. 31, 2013.  Consumers who are interested in loss mitigation should contact SunTrust at 1-800-634-7928 or by email through the SunTrust Mortgage, Inc. support page at www.SunTrustMortgage.com.