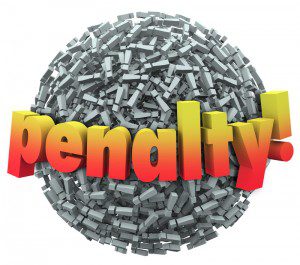 (Jeff Sorg, OnlineEd) – The Consumer Financial Protection Bureau (CFPB) has found that Amerisave lured consumers by advertising misleading interest rates, locked them in with costly up-front fees, failed to honor its advertised rates, and then illegally overcharged them for affiliated third-party services.

According CFPB, Amerisave Mortgage Corporation, its affiliate Novo Appraisal Management Company, and the owner of both companies, Patrick Market, engaged in a bait-and-switch mortgage scheme that harmed tens of thousands of its customers. Amerisave and Novo will pay $14.8 million in refunds to harmed customers and pay a $4.5 million penalty. Patrick Market, as and individual, will pay a $1.5 million penalty.

“Amerisave lured consumers in with deceptive advertising, trapped them with costly upfront fees, and then illegally overcharged them for services from and undisclosed affiliate,” said CFPB Director Richard Cordary. “By the time consumers could have discovered the advertised low rates were too good to be true, they had already committed to pay hundreds of dollars to Amerisave. Today’s action puts an end to Amerisave’s unacceptable bait-and-switch scheme and holds Patrick Markert personally responsible for his illegal actions.”

Amerisave Mortgage Corporation is an Atlanta-based online mortgage lender that advertises and lends in all 50 states. CFPB found that between 2011 and 2014 Amerisave advertised its interest rates and terms using online banner ads and searchable rate tables on third-party rate tables designed to entice consumers. When consumers made their way to the actual Amerisave web site, they were given mortgage quotes based on an 800 FICO score, even if the consumer had previously entered a score lower than 800 on these third-party sites. CFPB determined this approach by Amerisave offered many consumers misleading low quotes. At loan closing, Amerisave also charged consumers for “appraisal validation” reports, but did not disclose that this service was provided by its affiliate Novo Appraisal Management Company. The finding claims that Novo marked up these reports by as much as 900 percent and alleges that consumers trusted Amerisave had bargained in food faith for this third-party service, which was offered by Amerisave to its customers as a “special deal.”

The full text of the CFPB’s order is found here: http://files.consumerfinance.gov/f/201408_cfpb_consent-order_amerisave.pdf

This article was published on August 14, 2014. All information contained in this posting is deemed correct and current as of this date, but is not guaranteed by the author and may have been obtained by third-party sources. Due to the fluid nature of the subject matter, regulations, requirements and laws, prices and all other information may or may not be correct in the future and should be verified if cited, shared or otherwise republished.