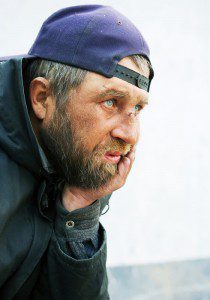 (WASHINGTON – U.S. HUD) – U.S. Housing and Uban Development Secretary Julián Castro announced HUD’s latest estimate of homelessness in the U.S., noting a continued general decline and specifically among veterans and persons living on the street. HUD’s 2014 Annual Homeless Assessment Report to Congress finds that there were 578,424 persons experiencing homelessness on a single night in 2014. This represents an overall 10 percent reduction and 25 percent drop in the unsheltered population since 2010, the year the Obama Administration launched Opening Doors, the nation’s first comprehensive strategy to prevent and end homelessness.

“As a nation, we are successfully reducing homelessness in this country, especially for those who have been living on our streets as a way of life,” said Castro. “There is still a tremendous amount of work ahead of us but it’s clear our strategy is working and we’re going to push forward till we end homelessness as we’ve come to know it.”

On a single night in January 2014, state and local planning agencies reported:

Read more on homeless data reported on a state and community level.