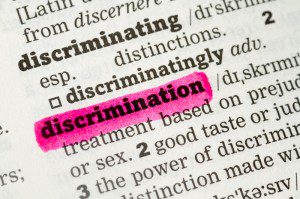 (Jeff Sorg, OnlineEd) WASHINGTON, D.C. – Today, the Consumer Financial Protection Bureau (CFPB) and the Department of Justice (DOJ) filed a joint complaint against Provident Funding Associates for charging higher broker fees on mortgage loans to African-American and Hispanic borrowers. The agencies also filed a proposed order that, if entered by the court, would require Provident to pay $9 million in damages to harmed African-American and Hispanic borrowers.

“Consumers should never be charged higher fees because of their race or national origin,” said CFPB Director Richard Cordray. “We will continue to root out illegal and discriminatory lending practices in the marketplace. I look forward to working closely with our partners at the Department of Justice to ensure consumers are treated fairly.”

“The Civil Rights Division is committed to ensuring that all types of lending institutions, including wholesale mortgage lenders, comply with the fair lending laws,” said Principal Deputy Assistant Attorney General Vanita Gupta of the Justice Department’s Civil Rights Division. “We look forward to further collaboration with the Bureau in protecting consumers from illegal and discriminatory lending practices.”

“The settlement demonstrates this U.S. Attorney’s office will devote the resources necessary to root out and address unfair lending practices that affect citizens of this district,” said U.S. Attorney Melinda Haag. “The law is clear: access to mortgage loans may not be made more difficult because of an applicant’s race or national origin. We are glad that Provident has agreed to put an end to this practice without engaging in protracted litigation.”

Provident is headquartered in California and originates mortgage loans through its nationwide network of brokers. Between 2006 and 2011, Provident made over 450,000 mortgage loans through its brokers. During this time period, Provident’s practice was to set a risk-based interest rate and then allow brokers to charge a higher rate to consumers. Provident would then pay the brokers some of the increased interest revenue from the higher rates – these payments are also known as yield-spread-premiums. Provident’s mortgage brokers also had discretion to charge borrowers higher fees, unrelated to an applicant’s creditworthiness or the terms of the loan. The fees paid to Provident’s brokers were thus made up of these two components: payments by Provident from increased interest revenue and through the direct fees paid by the borrower.

The Equal Credit Opportunity Act prohibits creditors from discriminating against applicants in credit transactions on the basis of characteristics such as race and national origin. In the complaint, the CFPB and DOJ allege that Provident violated the Equal Credit Opportunity Act by charging African-American and Hispanic borrowers more in total broker fees than white borrowers based on their race and national origin and not based on their credit risk. The DOJ also alleges that Provident violated the Fair Housing Act, which also prohibits discrimination in residential mortgage lending.

The agencies allege that Provident’s discretionary broker compensation policies caused the differences in total broker fees, and that Provident unlawfully discriminated against African-American and Hispanic borrowers in mortgage pricing. Approximately 14,000 African-American and Hispanic borrowers paid higher total broker fees because of this discrimination.

On December 6, 2012, the CFPB and the DOJ signed an agreement that has facilitated strong coordination between the two agencies on fair lending enforcement, including the pursuit of joint investigations such as this one.

This article was published on May 29, 2015. All information contained in this posting is deemed correct and current as of this date, but is not guaranteed by the author and may have been obtained by third-party sources. Due to the fluid nature of the subject matter, regulations, requirements and laws, prices and all other information may or may not be correct in the future and should be verified if cited, shared or otherwise republished.