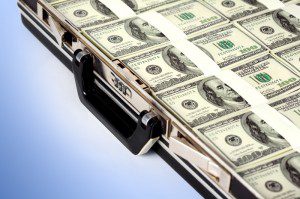 The Consumer Financial Protection Bureau (CFPB) filed a complaint in federal district court against RPM Mortgage, Inc. and its CEO, Erwin Robert Hirt, for illegally paying bonuses and higher commissions to loan originators to incentivize them to steer consumers into costlier mortgages. The CFPB also filed a proposed order that, if entered by the court, would require RPM to pay $18 million in redress to consumers and a $1 million civil penalty, and would require Hirt to pay an additional $1 million civil penalty.

“RPM rewarded its loan officers for steering consumers into mortgages with higher interest rates,” said CFPB Director Richard Cordray. “Today we are putting an end to RPM’s unlawful practices and holding Robert Hirt personally responsible for his involvement in them.”

RPM Mortgage, Inc. is a residential-mortgage lender that is headquartered in California and operates about sixty branches across 6 states. In April 2011, RPM instituted a compensation plan that gave loan officers financial incentives to steer consumers into higher-rate mortgage loans. RPM provided its loan officers with different forms of compensation that were derived in part from the interest rates of the loans they closed.

Enforcement Action
The CFPB’s proposed consent order, if entered by the court, would require RPM and Hirt to comply with the Loan Originator Compensation Rule and the CFPA and take the following actions:

A copy of the complaint filed today is available at: http://files.consumerfinance.gov/f/201506_cfpb_complaint-for-permanent-injunction-and-other-relief-rpm-mortgage-inc-and-erwin-robert-hirt-individually.pdf

A copy of the proposed order filed today is available at: http://files.consumerfinance.gov/f/201506_cfpb_stipulated-final-judgment-and-order-as-to-rpm-mortgage-inc-and-erwin-robert-hirt-individually.pdf

This article was published on June 4, 2015. All information contained in this posting is deemed correct and current as of this date, but is not guaranteed by the author and may have been obtained by third-party sources. Due to the fluid nature of the subject matter, regulations, requirements and laws, prices and all other information may or may not be correct in the future and should be verified if cited, shared or otherwise republished.