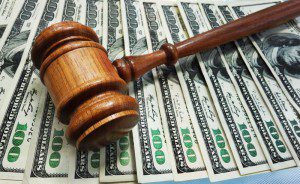 (February 5, 2016) – The Justice Department, the Department of Housing and Urban Development (HUD) and the Consumer Financial Protection Bureau, along with 49 state attorneys general and the District of Columbia’s attorney general, have reached a $470 million agreement with HSBC Bank USA NA and its affiliates (collectively, HSBC) to address mortgage origination, servicing and foreclosure abuses.

“This agreement is the result of a coordinated effort between federal and state partners to hold HSBC accountable for abusive mortgage practices,” said Acting Associate Attorney General Stuart F. Delery.  “This agreement provides for $370 million in creditable consumer relief to benefit homeowners across the country and requires HSBC to reform their servicing standards.  The Department of Justice remains committed to rooting out financial fraud and holding bad actors accountable for their actions.”

“Even as the mortgage crisis recedes, the U.S. Trustee Program will continue to combat mortgage servicer abuse of the federal bankruptcy laws so that homeowners are given their legal right to try to save their homes,” said Director Cliff White of the Justice Department’s U.S. Trustee Program.  “Homeowners in financial distress sometimes depend on chapter 13 bankruptcy to help them catch up on their payments.  When banks violate bankruptcy laws at the expense of homeowners and other creditors, they must pay a price.  This settlement holds HSBC accountable for its actions and helps to protect the most vulnerable homeowners.”

“Mortgage servicers have a responsibility to help struggling borrowers remain in their home, not to push them into foreclosure,” said General Counsel Helen Kanovsky of HUD.  “This agreement is another example of how multiple agencies in the federal government and state attorneys general across the country are working to make sure the mortgage industry treats consumers fairly.”

“This agreement not only provides relief to borrowers affected by HSBC’s past practices, it puts in place protections for current and future homeowners through tough mortgage servicing standards,” said Iowa Attorney General Tom Miller.  “For years we’ve worked together to hold mortgage servicers responsible for their past conduct.  We’re doing that here through this settlement and we’ll continue to address bad conduct in the future.”

The settlement reflects a continuation of enforcement actions by the department and its federal and state enforcement partners to hold financial institutions accountable for abusive mortgage practices.  The settlement parallels the $25 billion National Mortgage Settlement (NMS) reached in February 2012 between the federal government, 49 state attorneys general and the District of Columbia’s attorney general and the five largest national mortgage servicers, as well as the $968 million settlement reached in June 2014 between those same federal and state partners and SunTrust Mortgage Inc.  This settlement with HSBC is the result of negotiations that, as has been reported in HSBC Holdings plc’s Annual Report and Accounts, began following the announcement of the NMS.

Under the agreement announced today, HSBC has agreed to provide more than $470 million in relief to consumers and payments to federal and state parties, and to be bound to mortgage servicing standards and be subject to independent monitoring of its compliance with the agreement.  More specifically, the settlement provides that:

The agreement will be filed as a consent judgment in the U.S. District Court for the District of Columbia.  Compliance with the agreement will be overseen by an independent monitor, Joseph A. Smith Jr., who is also the monitor for the NMS and SunTrust settlement.  Smith has served as the North Carolina Commissioner of Banks and is also the former chairman of the Conference of State Banks Supervisors.  Smith will oversee implementation of the servicing standards required by the agreement, will certify that HSBC has satisfied its consumer relief obligations and will file regular public reports that identify any quarter in which HSBC fell short of the standards imposed in the settlement.  The parties may seek penalties for non-compliance.

The agreement resolves potential violations of civil law based on HSBC’s deficient mortgage loan origination and servicing activities.  The agreement does not prevent state and federal authorities from pursuing criminal enforcement actions related to this or other conduct by HSBC, or from punishing wrongful securitization conduct that is the focus of President Barack Obama’s Financial Fraud Enforcement Task Force Residential Mortgage-Backed Securities Working Group.  State attorneys general also preserved, among other things, all claims against Mortgage Electronic Registration Systems.  Additionally, the agreement does not prevent any action by individual borrowers who wish to bring their own lawsuits.

The Department of Treasury, the Federal Trade Commission, the Department of Agriculture, the Veterans Administration and the Special Inspector General for the Troubled Asset Relief Program also made critical contributions to reaching this settlement.