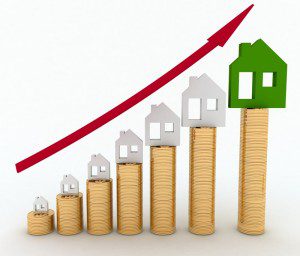 (May 10, 2016) – The median existing single-family home price increased in 87 percent of measured markets, with 154 out of 178 metropolitan statistical areas showing gains based on closed sales in the first quarter compared with the first quarter of 2015, according to the latest quarterly report by the National Association of Realtors®. Twenty-four areas (13 percent) recorded lower median prices from a year earlier.

“The solid run of sustained job creation and attractive mortgage rates below 4 percent spurred steady demand for home purchases in many local markets,” said Lawrence Yun, NAR Chief Economist. “Unfortunately, sales were somewhat subdued by supply and demand imbalances and broadly rising prices above wage growth. As a result, the path to homeownership so far this year remains strenuous for a segment of prospective buyers in the most competitive areas.”

“The demand for buying is there, but unless the stock of new and existing homes for sale increases significantly – especially in several markets in the West – the housing market will struggle to reach its full potential,” added Yun.

“Current homeowners in many metro areas – especially those who purchased a home immediately after the downturn – have enjoyed a sizeable boost in housing equity and household wealth in recent years,” adds Yun. “At a time of stagnant wage growth and mounting rent increases, the same cannot be said for renters. Their inability to reach the market because of affordability and supply restrictions is contributing to rising wealth inequality in the U.S.”

OnlineEd® is a registered trademark of OnlineEd, Inc.