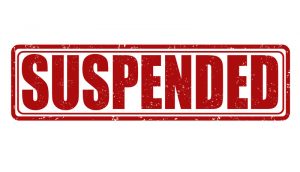 (January 13, 2017) – As the nation’s housing market continues to improve, U.S. Housing and Urban Development Secretary Julián Castro announced the Federal Housing Administration (FHA) will reduce the annual premiums most borrowers will pay by a quarter of a percent.  FHA’s new premium rates are projected to save new FHA-insured homeowners an average of $500 this year.

FHA is reducing its annual mortgage insurance premium (MIP) by 25 basis points for most new mortgages with a closing/disbursement date on or after January 27, 2017.  For a full schedule of the new premium rates announced today, read FHA’s mortgagee letter.

“After four straight years of growth and with sufficient reserves on hand to meet future claims, it’s time for FHA to pass along some modest savings to working families,” said Secretary Castro.  “This is a fiscally responsible measure to price our mortgage insurance in a way that protects our insurance fund while preserving the dream of homeownership for credit-qualified borrowers.”

Ed Golding, Principal Deputy Assistant Secretary for HUD’s Office of Housing added, “We’ve carefully weighed the risks associated with lower premiums with our historic mission to provide safe and sustainable mortgage financing to responsible homebuyers.  Homeownership is the way most middle-class Americans build wealth and achieve financial security for themselves and their families.  This conservative reduction in our premium rates is an appropriate measure to support them on their path to the American dream.”

In the wake of the nation’s housing crisis, FHA increased its premium prices numerous times to help stabilize the health of its MMI Fund.  Since 2010, FHA had raised annual premiums 150 percent which helped to restore capital reserves but significantly increased the cost of credit to qualified borrowers.  This step restores the annual premium to close to its pre-housing-crisis level.

This action is expected to lower the cost of housing for the approximately 1 million households who are expected to purchase a home or refinance their mortgages using FHA-insured financing in the coming year.