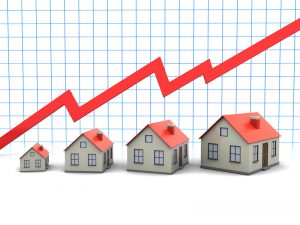 SEATTLE–(BUSINESS WIRE)– U.S. home prices rose 6.8 percent to a median sale price of $288,000 in May, according to Redfin (www.redfin.com), the next-generation real estate brokerage. Home sales increased 7.5 percent over last year, despite a long-standing shortage in the supply of homes. The number of homes for sale fell 10.9 percent, leaving just 2.7 months of supply, the lowest supply Redfin has recorded since we began tracking the market in 2010. Six months is generally considered a market balanced between buyers and sellers.

The typical home that sold in May went under contract in 37 days, breaking the previous record of 40 days set in April. More than a quarter of homes sold above their list price, the highest percentage Redfin has recorded. The median sale-to-list price ratio set another record, hitting 95.4 percent in May.

“There is still a lot of momentum in home prices in many metros, not only on the coasts but also in places like Buffalo, Grand Rapids and Omaha,” said Redfin chief economist Nela Richardson. “Strong local economic growth and burgeoning demand from older millennials are accelerating home-price growth in this very competitive, low-inventory pre-summer market. The Federal Reserve’s latest announcement to raise short-term rates will have very little effect on buyer demand or on the overall housing market. If anything, it may motivate buyers to make their purchases sooner rather than later.”

To read the full report, complete with data and charts, please visit the following link: https://www.redfin.com/blog/2017/06/market-tracker-may-2017.html.