Fewer than five percent of homes for sale in Portland, Los Angeles, and Denver were affordable on median African-American and Hispanic incomes in 2016 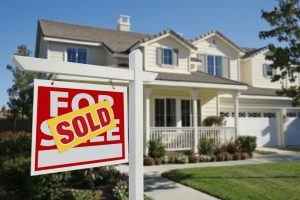 Housing affordability declined over the same four-year period for the middle class as a whole, as home prices increased by 26 percent and household incomes edged up by less than 2 percent nationally. In 2012, 44 percent of homes for sale were affordable on a middle-class income; that share fell to 32 percent in 2016.

The study also found that in 2016, middle-class African-American and Hispanic families were virtually priced out of homeownership in Denver, Los Angeles, Portland, San Francisco, San Diego and Phoenix. In each of those metros, fewer than 5 percent of homes on the market were affordable on the median household incomes for African Americans and Latinos.

Among the 30 largest metros, Las Vegas had the largest declines in affordability for families making the median African American (-26.5 points) or Hispanic (-24.6 points) household incomes from 2012 to 2016.

Also during this period, metros known for their relative affordability, like Atlanta, Tampa and Kansas City, saw double-digit declines in the share of listings that were affordable on African American and Hispanic median incomes.

“American cities are at risk of losing both the economic and racial diversity that has been their hallmark,” said Redfin chief economist Nela Richardson. “Middle-class homebuyers are being priced out of America’s largest cities at an alarming rate, as the home affordability gap gets wider. Given the significantly lower rates of homeownership among African-American and Hispanic families, the reduction in affordable listings has even more dire consequences for income inequality when broken out by race.”