(Portland, Ore.) OnlineEd – The Oregon Construction Contractor Board (CCB) reported in a recent release that it had joined in a 10-state sweep to find unlicensed contractors and other alleged violations of contracting regulations. The National Association of State Contractor Licensing Agencies (NASCLA) coordinated the sweep.

The Oregon CCB has reported it found more than a dozen unlicensed contractors during its surprise visits to 157 job sites located along the northern Oregon Coast from Newport to Astoria. Oregon reported a total of 32 alleged violations, with the largest number involving individuals who were working on home improvement projects without a CCB contractor license, including contractors that hired unlicensed subcontractors or worked on homes built before 1978 without the required Lead-Based Paint Renovation license. The CCB says it is in the process of sending Notices of Intent to issue civil penalties to the suspected violators. Also, the CCB has notified the state revenue and employment departments of employers who are suspected of paying employees “under the table” for their work.

“These concentrated enforcement efforts highlight the work our individual field investigators do every day to protect consumers from unlicensed contractors and to level the playing field for legitimate contractors,” Lead Investigator Eric McLauchlin said.

“Contractor licensing qualifying education is very affordable,” says Jeff Sorg of OnlineEd, a CCB approved online contractor pre-licensing course provider. “It takes just 16-clock hours of study to meet the educational requirement to sit for the CCB licensing exam, so it doesn’t make a lot of sense to risk getting those hefty civil penalties for not having a license,” he added.

OnlineEd blog postings are the personal opinion of the author and not intended as legal or other professional advice. Be sure to consult the appropriate party when professional advice is needed. For more information about OnlineEd and their education for real estate brokers, principal brokers, property managers, and mortgage brokers visit www.OnlineEd.com. 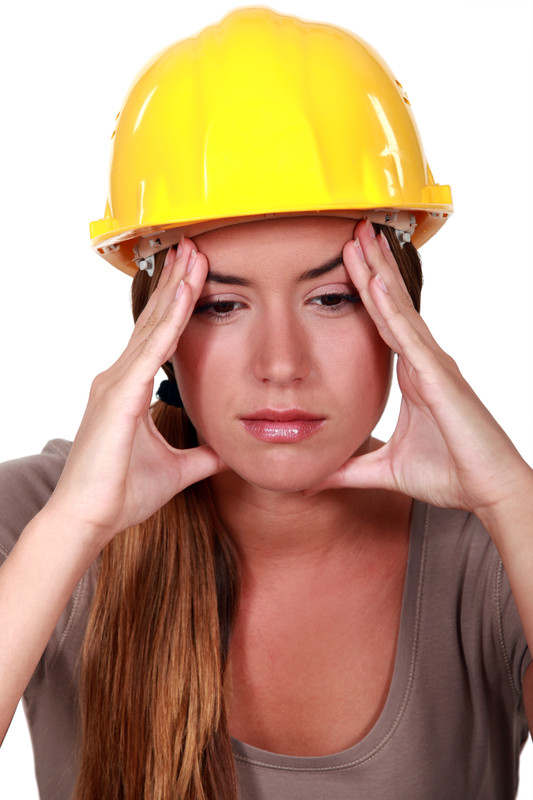 Your contractor’s license is the most important first step.

In California, a contractor was recently ordered to repay over $750,000 when it became evident that the company had operated without being properly licensed in the state of California. In Oregon, a contractor has been barred from seeking over $285,000 in compensation when his license was suspended during the course of a contract.  Don’t let this happen to your contracting business! OnlineEd will tell you what the risks are, and what you can do to mitigate them.

In a 2012 court decision, a California constructing contractor was ordered to repay the entire $750,000 contract earned while performing work while unlicensed.  The sole proprietor was contracted to construct a temporary access road and parking lot for a casino. After submitting a bid in March 2007, the contracting company finished its work and was paid in full around May. However, an application for a license was submitted while work was ongoing, and the contracting company first received its contractor’s license in October 2007.  The court subsequently ruled that the company be required to refund all of the money paid by the client  upon completion of the contract.

While harsh, this action is consistent with California courts’ previous decisions that contractors should be held liable for their licensure to the point of being denied payment or being required to refund payment already received.

Similar legislation is in place in Oregon, and can be seen in another 2012 court decision which upheld a ruling barring a contractor from commencing action seeking compensation earned while operating without being properly licensed. While constructing a residence, the contractor’s license to perform construction work was suspended for two weeks because of expired liability insurance. Because of this suspension, the court held that the contractor was unable to seek compensation allegedly owed to him through legal means, losing out on an amount over $280,000.

These worst-case scenarios are cautionary tales, but they should not be ignored. Licensure costs time and money to obtain, but the alternative is far more expensive. Making sure that your contracting business is properly licensed throughout the entire process – from bid to completion – will protect your business from substantial losses. OnlineEd.com can help with your Oregon contractor needs here.

Once you have obtained or renewed your license, make sure you fulfill all of the continuing requirements to avoid a suspension. The CCB lists some common mistakes and oversights that can cause your license to be suspended:

Make the most of your business; ensure you are properly licensed and continue to double-check your license frequently. Don’t get caught in a mistake and end up working for free!

For more information on obtaining an Oregon contractor license, please visit the OnlinEed web site at: www.OnlineEd.com or give them a call at 866.519.9597

(OnlineEd – Portland, Or) The Oregon Construction Contractors Board (CCB) offers a Certified Lead Based Paint Renovation (LBPR) Contractor License to contractors who have completed  their EPA Renovation, Repair, and Painting (RRP) program. Oregon is approved by the EPA to administer the EPA’s  program for requirements on construction that might involve lead-based paint. The program:

NASCLA was founded in 1962 and is comprised of states that have enacted laws regulating the
business of contracting. NASCLA assists its member states in striving for the better regulation of
the construction industry to protect the health, safety and welfare of the general public.
“Oregon’s participation in NASCLA is important as we work through these difficult economic times,” says Smith.
“NASCLA provides a forum for Oregon’s CCB to learn about successful practices in other state licensing agencies, and in turn, we have an opportunity to share what has worked well in Oregon with the rest of the nation.”
Smith serves as executive officer of Oregon’s nine-member Governor appointed Board, a position he has held since 2001. The CCB administers licensing and certification programs affecting more than 41,000 construction businesses. The agency joined NASCLA in 2006.
NASCLA officers and board members serve one-year terms from September to September, commencing at the association’s annual conference each fall. This year’s Officers and Board of Directors were appointed on August 25, 2010 at NASCLA’s Annual Conference Additional officers installed for 2010/2011 include:
Keith Warren, President (Alabama Electrical Contractors Board);
Steve Pinther, 2nd Vice President (Idaho Contractors Board);
Greg Crow, Treasurer (Arkansas Contractors Licensing Board);
John Sullivan, Secretary (Mississippi State Board of Contractors);
John Curl, Immediate Past President (South Carolina Residential Builders Commission), and
Carolyn Lazenby, 2nd Immediate Past President (Tennessee Board for Licensing Contractors).