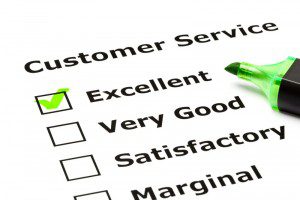 Satisfaction is calculated on a 1,000-point scale, with the study measuring customer satisfaction with the mortgage origination experience in six factors:

Overall customer satisfaction with mortgage origination is up 7 points from 2014. The increase in satisfaction is driven by gains in the application and approval processes, influenced by improved perceptions of the speed of the loan process. When loans close earlier than promised, satisfaction is significantly higher, compared to when loans close as expected or when it takes longer than expected.

The study also finds that overall satisfaction with several mortgage application-related activities is markedly higher among customers who used digital communication channels versus those who communicated using mail and fax.

The links between the perception of mortgage processing speed and efficiency and overall customer satisfaction are particularly noteworthy in light of new TRID , a.k.a. “know before you owe” regulation, which went into effect in October 2015, which has the potential to increase the mortgage timeline and poses a significant challenge for lenders when serving home buyers across all generations, but could be particularly challenging when dealing with Millennials (ages 18-34) who are technically savvy, always connected to the Internet and noted as being capricious consumers.

“While a lot of effort has been placed on ensuring compliance with new regulations, it is imperative that lenders improve their education and communication about the impact of these changes or risk losing customers,” said Craig Martin, director of the mortgage practice at J.D. Power. “Effective communication remains one of the most important aspects of a satisfying mortgage experience, especially if the process is taking longer than it has historically. As the number of Millennial home buyers continues to rise, lenders must be ready to meet their expectations. This generation is highly digitally connected, so ongoing communication and transparency via the channels they prefer, particularly mobile, are vital.”

Following are some of the key findings in this year’s study:

The 2015 U.S. Primary Mortgage Origination Satisfaction Study is based on responses from 4,666 customers who originated a new mortgage or refinanced within the past 12 months. The study was fielded in two waves: February – March and July – August 2015.