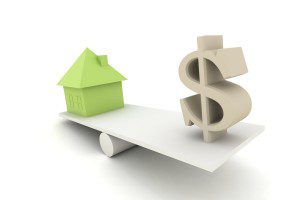 (Jeff Sorg – OnlineEd) – According to the National Association of Home Builders/Wells Fargo Housing Opportunity Index (HOI) released February 19, 2015, lower interest rates and home prices across the country contributed to a slight increase in nationwide housing affordability in the fourth quarter of 2014.

“This upturn in affordability for the final quarter of 2014 is a positive development and is in line with what we are hearing from builders in the field that more prospective buyers are starting to move forward in the marketplace,” said NAHB Chairman Tom Woods, a home builder from Blue Springs, Mo.”

Some key highlights from this report include:

Other report highlights include:

For tables, historic data and other details, please visit:  nahb.org/hoi.

The NAHB/Wells Fargo Housing Opportunity Index (HOI) is a measure of the percentage of homes sold in a given area that are affordable to families earning the area’s median income during a specific quarter. Prices of new and existing homes sold are collected from actual court records by Core Logic, a data and analytics company. Mortgage financing conditions incorporate interest rates on fixed- and adjustable-rate loans reported by the Federal Housing Finance Agency.

The NAHB/Wells Fargo HOI is strictly the product of NAHB Economics, and is not seen or influenced by any outside party prior to being released to the public.

This article was published on February 19, 2015. All information contained in this posting is deemed correct and current as of this date, but is not guaranteed by the author and may have been obtained by third-party sources. Due to the fluid nature of the subject matter, regulations, requirements and laws, prices and all other information may or may not be correct in the future and should be verified if cited, shared or otherwise republished.