For the first time in four years, the Federal Reserve increased its target interest rate in March. Though this was widely expected, the drama was intense. 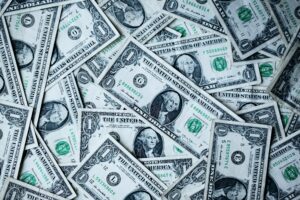 Former Home Depot CEO Bob Nardelli said that the rate hike will have a “devastating impact” and told consumers to increase cash reserves and “build up a supply of non-perishables in your home.” Former Treasury Secretary Larry Summers warned of “economic distress” and said that Fed forecasts had been “delusional.”

These statements about “economic distress” might make home buyers rush to purchase before the rate hike, or they might drive consumers away from the mortgage market towards assets with greater liquidity. What CEOs and economists say about the rate hikes could have more of an effect than the rate hikes themselves.

A rate increase may seem purely mathematical, but its effects on financial markets involve emotion and significant unpredictability. A rate hike is meant to spark a wide-reaching series of human reactions, many of which are difficult to quantify.

The Fed’s Interest Rate is Not What You Think

Even without the highly emotional element to a rate hike, the connection between mortgage rates and federal interest rate hikes is surprisingly distant. In fact, the Fed doesn’t really “set” the target interest rate at all. Instead, the Fed announces a target rate as a suggestion for banks to use when lending money to each other. In order to move bank interest rates toward this target, the Fed increases or decreases the money supply, and purchases or sells securities, which indirectly motivates banks to charge rates as close to the target rate as possible.

Additionally, the Federal Reserve itself was buying $120 billion a month in mortgage-backed securities to stabilize markets during the Coronavirus Pandemic. Now, the Fed has slowed its purchasing of these securities, so that $2.5 trillion in mortgage-backed securities will need buyers. This could dramatically cause mortgage rates to increase, and have far more of an effect than the Fed’s target interest rate.

Many analysts think that the Fed’s decrease in buying mortgage-backed securities has already been taken into account by banks in their current interest rates. However, it is impossible to know if this is entirely true. Human emotion and reactivity will play a huge role in how mortgage markets are affected by interest rate hikes. Robert Heck, a vice president at mortgage broker Morty, says that the manner in which the Fed speaks about its participation in the mortgage-backed securities market will have a massive impact on mortgage rates. Often, it’s not about the interest rate itself, but about how it is communicated, and how much of a surprise it is, that affects financial markets.

Anyone who tells you that interest rate hikes are predictable because they’re just about math is missing the point; the market is designed around human fear responses and reactivity. Educated guesses can be helpful, but it all hinges on our collective human hive mind to decide where mortgage rates are going.