When selling your home, there are certain improvements that will waste money and make little difference in your home’s sale price. How do you know which improvements will be profitable, and which are not worth your money or time?

A recent study by Opendoor suggests that the quantity of bathrooms in a house affects its sale price more than the quality of those bathrooms. According to Opendoor, a full bathroom remodel increased resale value by 3.7%, while adding another bathroom increased the sale price by 5.7%. Of course, this does not mean that adding three bathrooms will increase the price by 5.7% per bathroom. However, making your one bathroom really, really nice is less valuable than leaving it as-is, and adding a second bathroom. 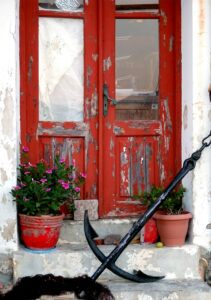 Photo by Ilse Orsel on Unsplash

“All or nothing” is a good phrase to keep in mind for home improvements and how they affect sale price. Full renovations are generally more profitable than partial renovations, or smaller upgrades. According to the New York Times, across all 50 states, full bathroom renovations increased sale prices by more than their cost. However, smaller renovations (like laying new tile) generally did not pay for themselves, and in fact lost money.

Perfection is the Enemy of the Good

When selling your home, it can be tempting to make it absolutely perfect before you list it. Selling a home is stressful, and putting work and money into it may give you a feeling of control over the uncertainty of the sale process. Making your home look perfect before selling can also come from a place of guilt or shame over all the improvements you never got around to making, or all the little problems you never fixed. However, most buyers are looking at the big picture, and are expecting to make at least a few, basic improvements.

You want your home to be a good, clean canvas for your buyer’s imagination. Thus, you should go for basic cleanliness with no major distractions, rather than trying to upgrade and fix absolutely everything.

Homelight’s Seller Resource Center also advises against partial renovations and small upgrades. For example, if you have a kitchen that’s essentially unchanged since 1990, adding a few new appliances and a backsplash will only draw attention to the aging linoleum floor and outdated cupboards, since they are noticeably mismatched. Either fully renovate the kitchen, or do nothing at all.

That said, there is some subtlety and art to this “all or nothing” home improvement tactic. It might be better to phrase this tactic as “do all, or make it look like you did nothing.” For example, if you have appliances that are extremely old, it might be a good idea to replace them. However, don’t replace them with new appliances; Homelight recommends replacing them with used appliances that are in better condition. A $3,000 refrigerator is likely to stand out as strange in an old, un-renovated kitchen, but a used, $400 refrigerator in good condition will simply make the kitchen look a bit cleaner and better cared-for. A clean kitchen or bathroom with reasonable appliances will reassure the buyer that the house has been well-maintained, while an $8,000 robotic toilet will convince no one you live in a mansion, and will only lose you money.

Whether something is an expensive improvement or modest, if it stands out, it’s likely a bad idea. Look at your home as a whole, and asks yourself what distracts from the larger picture. All changes should be in service of making your home into a basic, clean, plausible blank slate for your buyer.

Before you embark on a big renovation, look up the average increase in price for that renovation in your market. One helpful resource is Opendoor’s home improvement calculator, where you can check your local market for which home improvements generate the largest increases in sale price (link below).

Resources mentioned in this article:

The New York Times: Is That Bathroom Remodel Worth It?