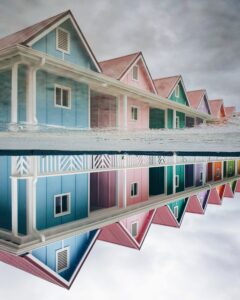 Photo by Martin Widenka on Unsplash

The more you search for the difference between title theory and lien theory online, the less you’ll know. If you search for whether your state is a lien theory or title theory state, you’ll find an equal number of articles saying it’s lien theory as you’ll find saying it’s title theory. Of course, you can find anything you want online, but why is something that seems black-and-white so poorly understood? This topic is a fascinating example of how facts can become distorted and amplified the more articles are written about them, and as legal language shifts over time.

William H. Lloyd, in the 1923 edition of The Yale Law Journal, describes the lien theory of mortgages as a relatively “new theory.” This article, titled “Mortgages-The Genesis of the Lien Theory” references the old English common law mortgage, in which the borrower’s rights in the mortgaged property were “in some respects less than a tenant….”¹ Thus, the old legal doctrine was that the lender owned the property, and the borrower was more like a renter who only gained ownership rights after payment of the entire mortgage. The lien theory then developed in defiance of this doctrine, and was based on the new idea that the borrower had all rights of ownership in the property, so long as they made timely payments on their loan. Thus, lien theory developed as a way to give the borrower almost all ownership rights, instead of the lender.

In the present day, no state in the country operates under “title theory” in the way this term was originally construed; nowhere in the United States is the borrower treated mostly as a renter in their mortgaged property.

Though the terms “title theory” and “lien theory” have changed significantly, and now really only describe foreclosure, this definition seems fairly straightforward… right? Wrong! We’re just getting started with the confusion and complexity relating to title/lien theory.

As we’ve just described, in states that are lien theory, the lender must go through the court system to foreclose on a mortgage. This is expensive and time-consuming for the lender. Thus, in these states, lenders generally do not use mortgages at all; they primarily use trust deeds instead of mortgages. With a deed of trust, the lender does not need a court’s permission to foreclose a loan, no matter where in the country the foreclosure takes place.

So how do you distinguish between a lien theory and title theory state? The key is to know how a mortgage is foreclosed in that state. For example, Oregon is a lien theory state because mortgage foreclosure must go through the courts. However, the vast majority of all loans secured by residential real property in Oregon are trust deeds, for the sole reason of avoiding court foreclosure. Remember that a trust deed features nonjudicial foreclosure no matter what state it’s in. Since most Oregon foreclosures are nonjudicial, it would seem tempting to say that Oregon is a title theory state. However, all mortgages in Oregon must be foreclosed in court, so Oregon is lien theory, which is why most lenders avoid mortgages in Oregon and use trust deeds instead. The key is that in no situation does the lender hold the title right of sale in Oregon. Even with a trust deed, the title right of sale title is held by the trustee, not the lender. Thus, Oregon acts like a title theory state in that the borrower usually does not hold title, but the lender never holds title, so it is not a title theory state.

In the 19th and early 20th centuries, the current mortgage law in all states would have been considered lien theory, because the lender has almost no rights of ownership over the borrower’s property. Though this topic has changed dramatically over the last few hundred years, the overall shift from the lender having ownership rights to the borrower having these rights has been clear and decisive.