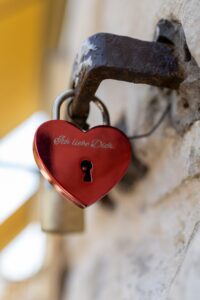 The typical version of consideration involves one party agreeing to pay money to another party if the other party agrees to give something in return. This sounds basic and straightforward. However, note that a contract is an agreement to do something in the future on the condition that the other party holds up their end of the contract. A contract says “I’ll perform this action on the condition that you do this thing.” It is important to understand in the above example that the contract is not the actual providing of payment or service itself, it is the agreement to do so. For example, if you simply gave the other party 100$ as a gift, you did not create a contract. The act of giving someone money itself is not a contract, but a promise to give someone money on the condition that they do something in return is considered a contract.

So if “love and affection” is not valid consideration for a contract, why do so many property deeds cite “love and affection” as consideration for the property exchange? This is an extremely confusing topic in the real estate industry. Some of this confusion is based on a misunderstanding of what a deed is, exactly. A deed is not a contract, a deed is an instrument of conveyance. Smartasset.com has an incisive explanation of this difference, saying that “A deed is not a contract… instead, a deed is the action. It is the document which transfers the property described within. In a real estate transaction, the parties outline their terms of sale in one document (the contract). Then the property owner conveys that property in a separate document (the deed).”

A deed is the execution of an action, it is not a promise to perform future action. A deed is the instrument that transfers the title (ownership) of the property. Thus, a deed must be in writing. A contract, on the other hand, does not necessarily have to be in writing (with some exceptions), though it may be very difficult to enforce if it is not written.

Since a deed is the action of ownership transfer, when a deed states “consideration,” it is stating the consideration that has already been paid. When a deed is transferring property ownership that is a gift, the deed often will state “love and affection” as consideration, to clarify that there was no money exchanged, or other form of payment. This sort of consideration is valid for a deed, because a deed is not a contract that may or may not be executed; a deed is the execution of ownership transfer itself. It does not matter why you decided to transfer your property to another if you have already done so; since a deed is the instrument of transfer, there is no mutual exchange of promises to enforce in the future. A deed is somewhat like a contract that has already been executed.

It is important to note that the fact that a property was a gift could become relevant in the future as a result of a contract. For example, if a property owner owes money to creditors, and the property owner deeds their property to a close friend for free, those creditors might still be able to seize the property as payment for debts. In this case, the property owner is clearly trying to give away assets to friends or family rather than have them seized by debt collectors. The deed consideration of “love and affection” would likely help to prove this illegal debt avoidance. Thus, a deed could be invalidated in certain situations.