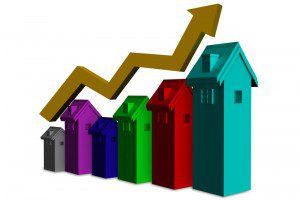 (January 15, 2016) – California existing home sales fell in November from both the previous month and year for the first time in nearly a year as low housing affordability extended into Southern California, according to the CALIFORNIA ASSOCIATION OF REALTORS® (C.A.R.).

Home sales posted below the 400,000 level in November for the first time since March 2015 and were at the lowest level since February 2015. Closed escrow sales of existing, single-family detached homes in California totaled a seasonally adjusted annualized rate of 369,680 units in November, according to information collected by C.A.R. from more than 90 local REALTOR® associations and MLSs statewide. The statewide sales figure represents what would be the total number of homes sold during 2015 if sales maintained the November pace throughout the year.  It is adjusted to account for seasonal factors that typically influence home sales.

The November figure was down 8.4 percent from the revised 403,580 level in October and down 1.6 percent compared with home sales in November 2014 of a revised 375,740. The year-to-year decrease was the first since January 2015 and was significantly below the six-month average of 8.3 percent observed between May 2015 and October 2015.

“The Consumer Financial Protection Bureau’s Know Before You Owe TILA-RESPA Integrated Disclosure, or TRID, which was implemented in early October, may have affected home sales in the last couple of months,” said C.A.R. President Ziggy Zicarelli. “Some sales may have been either pulled forward into September to beat TRID’s effective date or been delayed. The impact, however, should be transitory as the roll-out and implementation process move further along.”