Four of the ten most valuable housing markets are in California – Los Angeles, San Francisco, San Jose, and San Diego 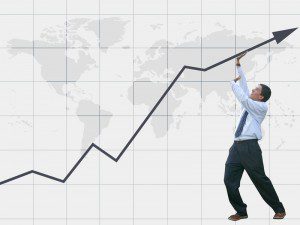 A home is the single largest source of wealth for many households, and the collapse of the housing market and subsequent recession demonstrated the importance of housing to the overall U.S. economy.

The California housing market accounts for nearly one-third of the value gained during the nationwide housing recovery. The Golden State’s total housing value has grown by $3.7 trillion since early 2012. It is the only state that has gained more than $1 trillion in value since the market fell.

Ten states have yet to regain the value lost during the Great Recession. Despite holding the number two spot when it comes to dollar contribution to the national housing recovery (a contribution of $937.9 billion, or 8.6 percent of the overall recovery), the total value of all the homes in Florida is still $263.9 billion below its peak level.

“Seen from the rearview mirror, 2018 was a year of unusually strong, stable home value growth across the country,” said Zillow® Senior Economist Aaron Terrazas. “But cracks in the foundation are clearly starting to emerge. During the second half of the year, appreciation slowed sharply in the priciest corners of the country while it picked up in affordable hotspots. Periods of stability often precede periods of instability, and the outlook for 2019 is certainly both cloudier and blurrier than the outlook a year ago. Housing wealth may have touched new highs this year, but home value gains don’t translate into dollars in the bank account unless homeowners opt to sell or borrow against their home and, in contrast to previous housing booms, many Americans have been more reluctant in recent years to spend against their home’s worth. Moving toward an uncertain future, that may prove to be a prescient choice.”

The New York/Northern New Jersey area is the single most valuable metro, worth $3 trillion, or 9.1 percent of the national housing market. Four California markets – Los Angeles, San Francisco, San Jose, and San Diego – are among the 10 most valuable metros in the country.

Las Vegas, San Jose, and Atlanta gained the most value in 2018 among the 35 largest metros, with each market seeing double-digit growth. Chicago’s housing value saw only minimal gains, up 1.6 percent, or $12.5 billion.

Zillow is a registered trademark of Zillow, Inc.